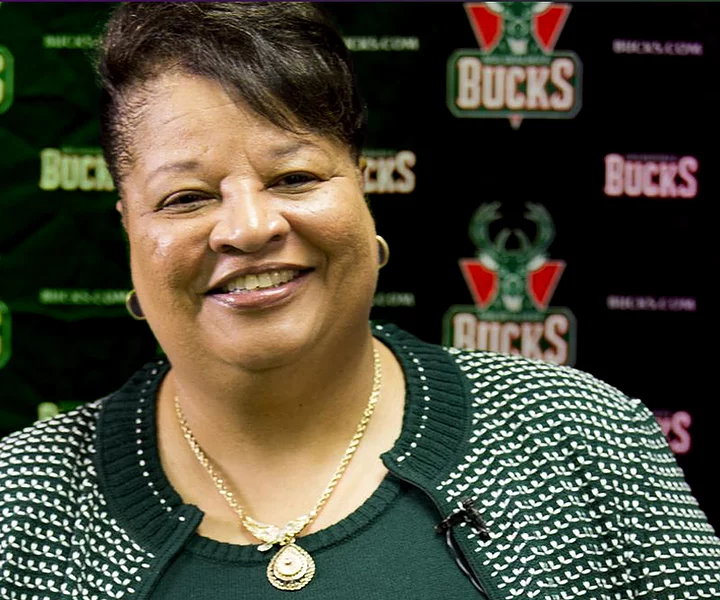 Each person can start from the bottom and build an empire – Valerie Daniels-Carter is the living proof that basic resources coupled with determination and hard work can transform into something amazing.

While always acting from a perspective of kindness and compassion, Dr. Daniels-Carter is constantly engaging in winning partnerships to bring something great to the world. Here is how investing in the right franchise business can change a person’s life.

Valerie Daniels-Carter might be acting from behind the scenes, but what she has brought to the world is extremely visible. Dr. Daniels-Carter is the mind behind giants of the franchise business such as Burger King and Auntie Anne’s and the president and CEO of Milwaukee-based V&J Holdings. She is also the only black female owner of the NBA champions Milwaukee Bucks and humanitarian, philanthropist, and business owner.

But how did she get started? From her humble beginnings, Valerie Daniels-Carter has been able to turn hard work into impressive rewards – here’s how.

In 1982, Valerie Daniels-Carter and John Daniels, Jr. founded a Burger King franchisee in Milwaukee. What started as a 1-restaurant operation in 1984 is today a 38-store business. With 12 restaurants in Milwaukee and 26 units in Detroit, V&J Holdings is today one of America’s franchise giants.

But how did Valerie Daniels-Carter manage to afford her first restaurant? During her formative years, she lived with her six siblings and was engaged by her neighbors to accompany their youngest children to and from school. At the time, she was only making around $1.25 per school run, but it was her first step into the world of business.

Later, she became a salesperson for her two brothers’ business, which consisted of offering leaf-raking and snow-shoveling services. Her career then continued as a secretary for the U.S. Army recruiting office and as a banker. All these occupations might seem humble and disconnected, but she was smart about her income and was able to save enough to then open her own business a few years after finishing school.

After buying her first Burger King franchise’s rights, and also thanks to the hard work of herself and her husband, Valerie Daniels-Carter continues to develop her business. Today, she is the leader of the largest minority-owned franchise company in the US. While her portfolio continues to grow today, she also makes sure to remain a compassionate and kind donor always involved in humanitarian and philanthropic initiatives.

Additionally, thanks to her several projects and successful businesses, she has been recognized as one of the most inspiring African-Americans in the U.S. by the prestigious Essence Magazine. Winner of the Black Enterprise Magazine Legacy Award and BizTimes Media “Bravo! Entrepreneur Award of Lifetime Achievement”, Valerie Daniels-Carter continues to work to create an always more equal business world.

The Only Black Female Leader of Milwaukee Bucks

So, Valerie Daniels-Carter is the living proof that a few sacrifices made at a young age can turn into a successful business. But it is also important to notice that she has never stayed still – she tried to branch out and invest in varied and diverse businesses. As seen above, Valerie Daniels-Carter started as a franchise business owner. However, today, her portfolio is much richer and more impressive than the 38 restaurant units seen above.

In fact, today, Valerie Daniels-Carter is part of a variety of corporate and community boards, among which the one of the prestigious Milwaukee Bucks Basketball Team – the NBA champions everyone is talking about today.

While it might seem random for Dr. Daniels-Carter to be part of a basketball team board, it is important to keep in mind that her love for the sport was born during her childhood. In fact, in 1971, the Bucks made it to the NBA championship, putting the city on the maps for many basketball fans.

Dr. Daniels-Carter’s career in basketball was short-lived – she only played collegiate basketball at the historically Black Lincoln University and as part of the Women’s Professional Basketball League. However, after being elected to the board of directors of the Green Bay Pickers in 2011, today, Dr. Daniels-Carter is one of the three Black female minority owners in the NBA, and the only one of the Bucks.

For Dr Daniels-Carter, investing in franchise ownership early on has led to long-term wealth and unique business opportunities – so much that she is today one of the most prominent business owners in the US. Thanks to her business ingenuity and acumen, she is today the leader of over 38 Wisconsin-based and Michigan-based branded restaurants belonging to world-renowned quick-service US chains. Within her portfolio, itis possible to find stores belonging to:

Her wide range of stores is collected under the name of V&J Foods, Holding Companies, Inc. (V&J Holdings), of which she is the President and CEO. The company is today recognized to be the largest female-owned franchise organization in the country – which  Valerie Daniels-Carter runs alongside various real estate and sports ventures.

A Strategic Partnership Between V&J and Shaq

Today, Valerie Daniels-Carter is the owner of dozens of restaurants, the president of a multi-brand and multi-state operation, and the proud minority owner of one of the most successful basketball teams in the country. But how has she been paving her own way to success? In many ways, but also through several strategic partnerships.

Valerie Daniels-Carter, who has spent over 23 years building one of the US’s largest black-owned franchise operations, has continued to grow her empire through the strategic partnership with NBA superstar Shaquille “Shaq” O’Neal.

The former NBA player is today one of the most appreciated sports analysts at Inside the NBA and still regarded as one of the centers of all time. His basketball career, which was kickstarted by the 1992 NBA draft, concluded in 2011.

However, he has always been open to new business opportunities, as the 2007 partnership with V&J foods and the willingness to expand into the soft pretzels business show. After over 14 years of successful partnership, the world can only imagine what Shaq and Valerie Daniels-Carter can continue to achieve in the future!