Where we left off in the previous piece (History of Capital Markets – Part 1), the onset of the Great Depression was being discussed. Now, let’s see what happened as a result and how those shaped the modern financial markets/policies we have come to know today.

As discussed previously, the Great Depression was caused by mass speculation in the stock market following WWI. The speculation resulted in a larger bubble, and as with all bubbles, it eventually burst. Despite a period of economic prosperity around the beginning of the introduction of these indexes — specifically the 1920s as a time of economic growth and prosperity — large amounts of speculation caused the stock market to crash in 1929, triggering the most catastrophic financial disaster the United States has ever seen. This triggered in a new era of financial/market regulations, coupled in with extreme innovation this century, and brought in a new financial era, the era where capital markets truly become established and accessible to the majority of the general population.

The effects of the Great Depression were nothing short of catastrophic. A third of all banks failed, unemployment rose to 25%, and homelessness increased. Housing prices plummeted 67%, international trade collapsed by 65%, and deflation soared above 10%. It took 25 years for the stock market to recover, with some believing that we only entered WWII in order to help our floundering economy. However, in terms of a bright spot, there were measured taken to ensure it would never happen again. President Franklin Delano Roosevelt (FDR) implemented the New Deal, with the theory that massive government spending would help alleviate the ailing economy and country, where large towns of homeless/near-homeless populations (filled with former farmers and blue collar workers) had popped up all over the country — called Hoovervilles (aptly named after Herbert Hoover, who much of the nation blamed for the crisis). The “alphabet agencies” created by the New Deal include many organizations still relevant and impactful today, such as the SEC, FDIC, TVA, FHA among many more.

As we entered WWII, increased military spending and job creation united the country and brought us out of the depression for good. War Bonds became a popular investment at the time, and could even be seen as one of the first “social” investments of the modern era, depending on one’s definition of what a social investment should be (though at the time there was arguably no better service to provide to the nation). 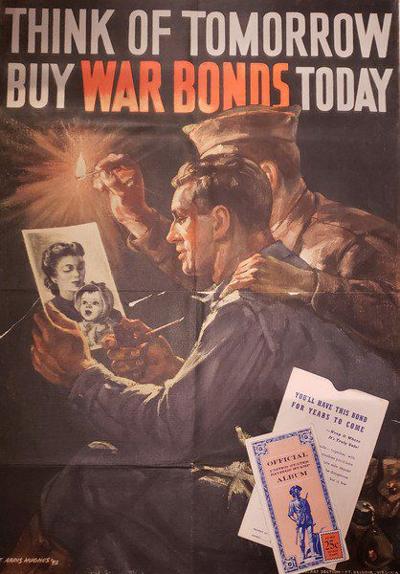 With significant advances being made in mathematics/statistics/physics in the post-WWII era, we begin to see more financial theorems come to life. Many of these theories are still seen today in curricula and practice, though some are slowly phasing away as we enter a newer era of finance/capital markets (more on this in our next piece). Some of these theories include: the Modigliani-Miller theorem (M&M) states that the market value of a company is correctly calculated as the present value of its future earnings and its underlying assets, and is independent of its capital structure; The Black-Scholes model, also known as the Black-Scholes-Merton (BSM) model, is a mathematical equation estimates the theoretical value of derivatives other investment instruments, taking into account the impact of time and other risk factors. Developed in 1973, it is still regarded as one of the best ways for pricing an options contract; and the modern portfolio theory (MPT) is a practical method for selecting investments in order to maximize their overall returns within an acceptable level of risk – American economist Harry Markowitz pioneered this theory in his paper “Portfolio Selection,” which was published in the Journal of Finance in 1952. He was later awarded a Nobel Prize for his work on modern portfolio theory; The Capital Asset Pricing Model (CAPM) describes the relationship between systematic risk and expected return for assets, particularly stocks. CAPM is widely used throughout finance for pricing risky securities and generating expected returns for assets given the risk of those assets and cost of capital; and the efficient market hypothesis (EMH), alternatively known as the efficient market theory, is a hypothesis that states that share prices reflect all information and consistent alpha generation is impossible. Many of these theories have been debated over time, and though many in practice do not necessarily follow or believe in some of these theorems, they are taught in academia to help young learners understand capital markets in general and how they work from a macro perspective.

Back in 1952, only 4.2% of Americans held any form of stock, a contrast to the 55% we see today. Stock and public market investing has become much easier as the world moved to a more digital format, with markets embodied by electronic trading. NASDAQ began trading in 1971 as the first electronic stock market, after a decade of early electronic communication networks (ECNs) were used by brokers. In the 1980s, speeds and frequency of electronic trades increased liquidity exponentially, and by the 1990s the term “day trader” had been coined as more and more trading moved away from phones and traditional stockbrokers and moved towards computing and more actively managing their investments. As one can imagine, electronic trading resulted in an explosion of different strategies, from algorithmic to high frequency trading — in fact, it has been estimated that high frequency trading currently makes up about half of all trading volume in US equity markets.

Of course, it wasn’t all smiles and innovation during these times. There were a couple major crises, including the Great Inflation and energy crisis of the 1970s to the dot-com bubble of the late 1990s and early 2000s. As with every major crisis, there are major changes associated with and made to combat each crisis.

The energy and inflation crisis of the 1970s and early 1980s go hand in hand. It is common assumption today that as oil prices rise, as will prices in other goods, as most goods travel depending on some form of oil. However, this assumption was formed en lieu of what we saw in the 1970s. Some believe we are seeing a similar trend in 2021 (though nowhere as sever as the double digit inflation numbers that happened multiple times during this time span), however signs currently point to 2021 not being a stagflationary environment, which would be a lot worse. Stagflation, a combination of inflation and lower economic growth, was also prevalent in the 1970s. Another potential contributor to the troublesome economic environment of the 1970s could have been the removal of the gold standard and the transition into a fiat basis for world currencies, which most likely caused a market shock. The U.S. was stuck in a cycle of rising prices and uncertainty, so Paul Volcker, Chairman of the Federal Reserve at the time (the current Chairman is Jerome Powell) made one of the boldest economic moves of all time (and permanently established the Federal Reserve as the most powerful economic force in this country) by inducing a recession by hiking up interest rates — we saw interest rates in the 15-20% range for some of this period — to slow down inflation. And it worked, resulting in a strong economy in the late 1980s heading into the 1990s (which built up the Dot-com bubble, charted out directly below). 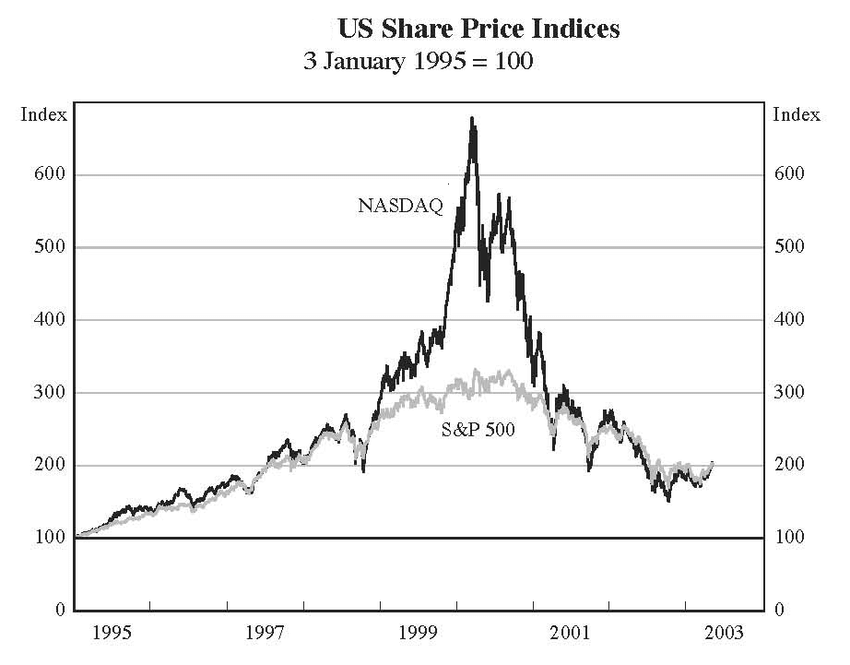 The Cold War’s end and subsequent decrease in defense spending, and Saddam Hussein’s invasion of Kuwait resulting in the Oil Shock of 1990  — one of the only major economic blips in the early to mid 1990s. This caused the rise of dollar stores and everyday retailers like  Walmart and K-Mart, which with the speculation in many internet companies at the time, ran the market up and to the right. Other factors contributed to a recovery (albeit primarily benefiting the financial sector): Low oil prices from the shock resulted in lower manufacturing and shipping costs. Then, Congress passed the Personal Responsibility and Work Opportunity Act of 1996, incentivizing people getting off welfare and entering the labor force; there was a high savings rate, and lastly, NAFTA decreased the cost of imported goods. Additionally, interest rates declined and freed up capital. In 1997,The Taxpayer Relief Act of 1997 was passed. This act lowered the maximum tax rate on capital gains for individual investors for assets held more than 18 months. This act left dividend tax rates unchanged, resulting in non-dividend paying stocks (many of them internet or software related) becoming far more popular with investors. The last component of the 1990s boom was the rise in internet companies. In 1993, Marc Andreesen had created the first web browser, and introduced millions of people to the internet. IBM, Dell and Apple helped put personal computers into every home, and between 1990 and 1997, the percentage of households in the United States owning computers increased from 15% to 35% as computer ownership progressed from a luxury to a necessity. Venture capital firms and investment banks alike wanted to see as many internet companies go public as possible, and the favorable market conditions made the general public eager to invest in them. The Telecommunications Act of 1996 was expected to result in many new technologies from which many people wanted to profit. As a result, many companies (frequently sporting ‘.com’ in their names) IPO’d and along with blue chip tech companies saw their shares increase upwards of 2000%. Investors anticipating future earnings overlooked P/E ratios, and the Wall Street Journal even suggested investors were beginning to reconsider the concept of “profit”. People quit their jobs to trade stock. Companies postponed earning revenue at all to gain market share, all while spending venture capital funding on advertising (such as Super Bowl ads). In 2000, Alan Greenspan raised interest rates. This led to capital becoming tighter, and soon companies were running out of cash. Barron’s ran an article detailing this, and many investors sold off. In November, Pets.com went out of business. It had IPO’d in January. The market began an overall decline halfway through 2000, which only began to turn around towards the end of 2002. 9/11 caused panic, but not as severe as accounting scandals that came to light in 2002: Enron, WorldBank, and Adelphia Com went bankrupt after being exposed for their accounting fraud, their executives imprisoned. By the end of the stock market downturn of 2002, stocks had lost $5 trillion in market capitalization since the peak. In 2002, the Jobs and Growth Tax Relief Reconciliation Act of 2003 set the tax rate for capital gains and dividends equal to one another and the private markets subsequently became less attractive. This wasn’t the first time that capital gains and dividends were taxed at different rates however: in the early 80s there was a disparity in taxation between capital gains and dividends, but the majority of publicly traded companies paid dividends, whereas at the turn of the millennium public companies reinvested in growth. Much of the investment in internet infrastructure had been government backed  debt-based financing, and when demand surpassed supply, the high debt ratios caused many telecom companies to declare bankruptcy. The companies that survived this have gone on to be large blue chips of today. Even among the failures many investors and entrepreneurs made their fortunes. The Dot-com bubble and crash caused a brief recession in 2000-2003, and tempered the venture capital markets for the next decade. The Sarbanes-Oxley Act passed in the wake of the Enron scandal tightened up accounting and disclosure requirements for companies, and many startups and investors got cold feet. 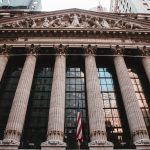 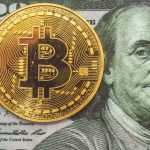 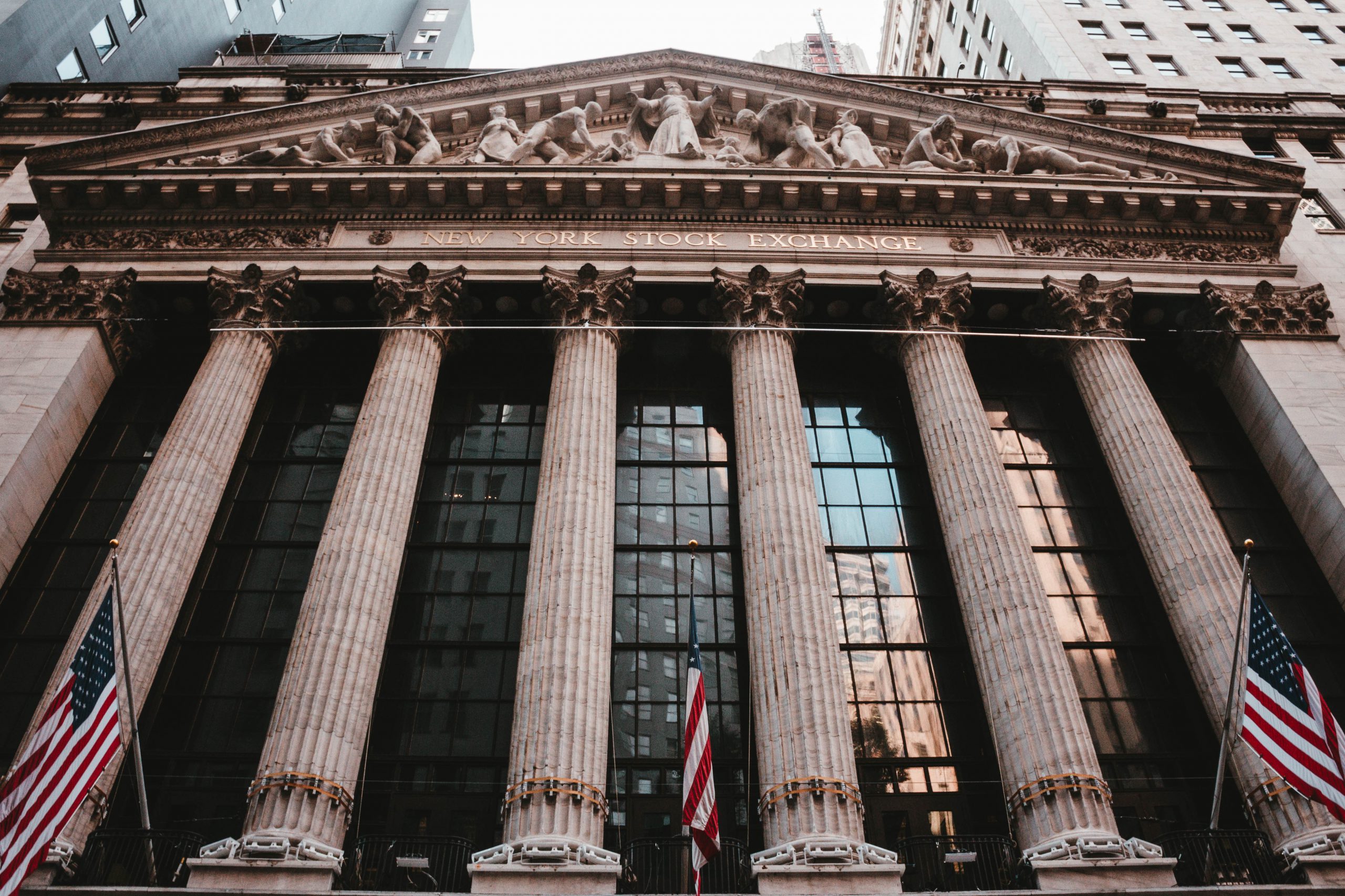 Written by Aakash Sundar and Benjamin Greeley In the Beginning.... 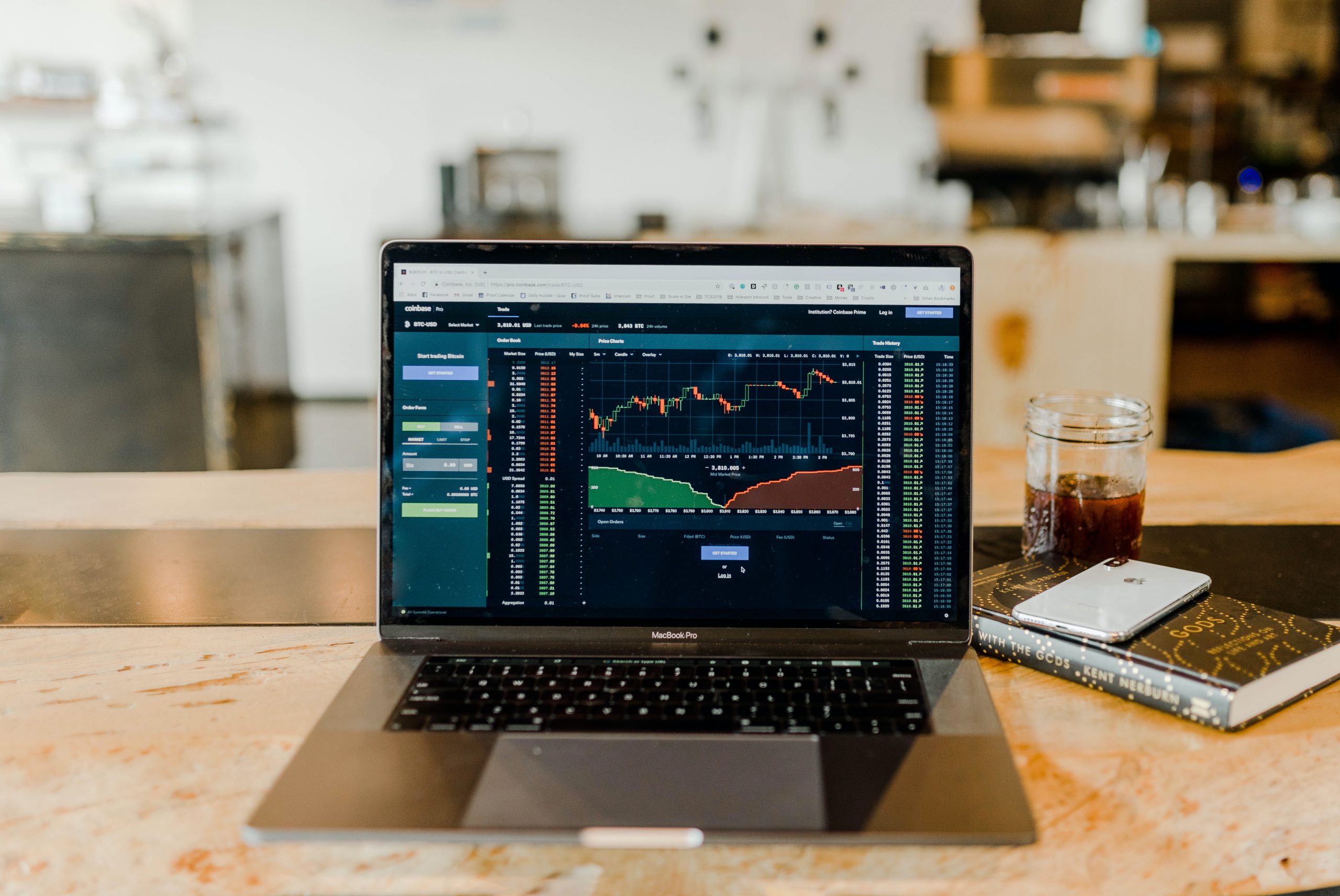 Written by our market research intern Keaton Stott, edits and