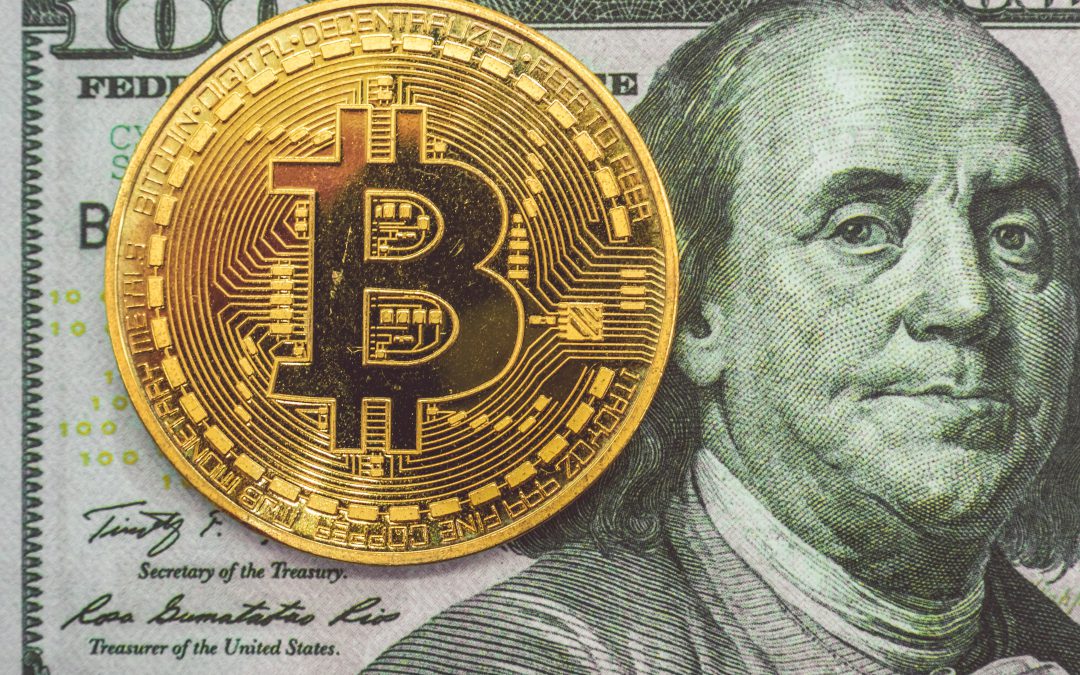 In this analysis we will dive into the modern history of capital markets. In our previous piece (Capital Markets, Part 2), we covered what capital markets looked like from the Great Depression through the dot-com bubble, which was preceded by our piece on the pre-history of capital markets (Capital Markets, Part 1). For this analysis we will pick up from where we left off in part 2, and look over what capital markets have looked like since the dot-com bubble. We will cover the aftermath of the dot-com bubble and the weak stock market “lost decade for stock investments” of the 2000s, headlined by the great financial crisis of 2007-2008 that was caused by a very unhealthy and de-regulated real estate market (and that might actually be an understatement). We will also cover other important topics and trends like cryptocurrency and the rise of the retail investor.

The 2000s is known in many finance and economics circles as the “lost decade” for stock returns as the S&P 500 returned a negative return over the course of a decade for the first time since the Great Depression era (see image below). This is primarily attributed to the 2 recessions that happened during this decade: the Dot-Com Bubble and the Great Recession cause by the real estate market. 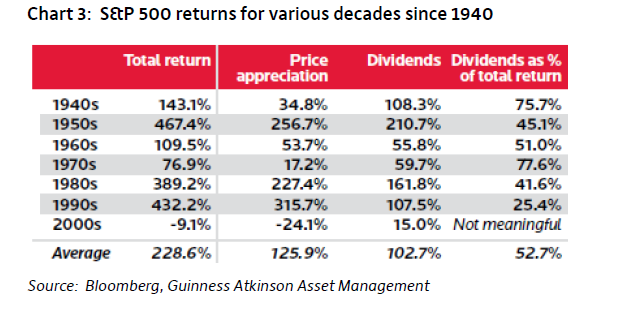 As mentioned above, we had 2 significant market catalysts during this time, the Dot-Com Bubble (and its after effects/other factors, such as 9/11) and the Great Recession of 2008 (which was caused by the real estate market crashing). Okay….we know about the recessions, but what actually happened?

In terms of financial innovations and changes that happened during the 2000s, we saw that computerized and algorithmic trading began moving markets at a much higher velocity, resulting in the elevated levels of volatility we see in our markets today (though the retail investor boom has further proliferated volatility — we’ll get to that later). By this time, most Americans either held stock in their portfolio or were very aware of what the stock and public markets were. People were able to easily trade stocks on their computer by 2010, rather than the antiquated method of calling stockbrokers to conduct transactions and investments. This also began to shave trading fees over time, leading to the near zero-fee trading environment we see today, brought forward by the likes or Robinhood and picked up on by most large brokerages such as Charles Schwab, Ameritrade (who Schwab purchased for $26B in 2020), and many others. By this time, around half of publicly traded securities were being algorithmically traded.

In terms of recessionary periods during the decade of the 2000s, we covered the Dot-Com Bubble in our previous piece. In terms of coming out of the dot-com bubble, it was a long and slow recovery, only to be marred by a catastrophic crisis that happened only a few years later, the Great Recession of 2008. There were many factors that contributed to the 2008 financial crisis, but let’s start from the beginning. Easy-money policies, starting from when the Fed lowered interest rates from 6.5% to 1.75% after 2001, resulted in a boom for the housing industry. It is indeed ironic that the actions that helped end the dot-com bubble inhibited the next recession. When the interest rates lowered in 2001, a rush of home buyers hit the market to take advantage of the low barrier to entry to purchase a home. This resulted in a large percentage of loans being interest-only (ARM) loans, and sub-prime mortgages rising from 6% to 14% of all mortgages from 2001 to 2007. Since interest rates were low and banks profit off interest, they rushed to sell as many of these subprime mortgages as possible in the secondary market to hedge funds and other institutions, packaging these loans in assets known as mortgage-backed securities. This high velocity of subprime mortgages resulted in “easy money” for banks and hedge funds, but soon it all came crashing down. When interest rates began to rise again, all the way up to 5.25% again in 2006, many mortgage holders were stuck with home loans they could not afford, and as home prices fell and home payments rose, a bevy of bankruptcies began to happen in the lending industry, which then spread to Wall Street and the rest of the [world] economy as a result. The economy began to (slowly) turn around in 2009 after an unprecedented Wall Street Bailout kept banks and many other large companies (Bank of America, Wells Fargo, JP Morgan, Citigroup, General Motors and Chrysler were just a few of the companies bailed out) running, which gave us just enough steam to begin to turn around the economy. The stock market did not return to pre-recession levels until 2013, at 6 years of stagnant growth from the high in late 2007 (which was of course followed by a large stock market boom until covid-19).

The 2010s was a period of strong overall economic growth for the U.S. economy. The reason being was due to a combination of strong innovation, easy-money policies (interest rates were never even half as high as they were in 2007), and some corporate tax cuts along the way. While growth was slow at the beginning of the decade, we saw an explosion of growth in terms of the stock market and private market returns in the latter half of the decade. Home prices nationwide were largely recovered by 2015 and the housing market has been on absolute fire since then; as it stands during the time of this writing we are seeing the hottest housing market of all time (a little too hot if you ask me but that’s a story for another day). It was during this time the JOBS Act was passed — which may play the biggest role yet; thanks to the JOBS act we can now invest in fractional shares (kind of like stocks) of private investments via crowdfunding, such as collectible trading cards to real estate. This is one of the largest trends to watch as alternative investments become more readily available to retail investors. We think it actually is an even more impactful investing trend than crypto….though some would beg to differ (and we get it!). Speaking of crypto, it was inevitable that we were going to get to this point, so here we go: this industry is nothing short of the most hyped up current trend in financial markets (though the retail investing boom is giving crypto a good run for its money). The cryptocurrency industry has gone from a market cap of $40 million at the beginning of 2012 to ~$1.8 trillion today — absolutely unbelievable growth! An investment in $100 of Bitcoin in October of 2010 would have been worth $48 million in Q1 of 2021. As one of the top, if not the top performing asset of the 2010s, it’s easy to see why the world of Web 3.0 and crypto have become the “Wild West” of investing; people are looking for the next Bitcoin or very bullish on the transition to deregulation in the currency industry. Bitcoin finally had it’s day in the limelight recently as more than just an investable asset and finally functioning closer to its “digital gold” original promise, as Russians and Ukrainians have been depending on crypto more so as an actual currency as the currencies in their countries are taking massive swings in value (they are one week into a physical war at the time of this writing); Ukraine as a nation has also managed to raise funds for civilians and the war effort via crypto as well.

Unfortunately as things seem to rise quickly, they can just as quickly fall. The end of the 2010s was proliferated by Covid-19, which managed to wipe out 4 years of stock gains over the course of a couple months in 2020. The effects of Covid-19 are lasting through at least the time of this writing, with the Omicron variant on the downswing. The death toll is nearing 1 million at the time of this writing. The 2010s went without a recession and the time between us coming out of the Great Recession of 2008 and the onset of Covid-19 was actually the longest bull market and non-recessionary period in U.S. history. The 2020 recession was certainly the most violent and sudden stock market recession we have seen to date, as seen by any S&P 500 chart covering the time period (see below). The 2008 Recession actually had a much lower trough (nearly 50% drop) but that was over the course of 2 years (market peaked in 2007 and bottomed in 2009), but the 2020 Covid-19 Recession was much more sudden and more “violent” when it came to volatility. The 2008 Recession didn’t see the stock market return to pre-recession levels until 2013 (a whole 5 years), whereas the Covid-19 induced recession saw market return to pre-recession levels within 5 months; quite the contrast. However, the effects of Covid-19 on the U.S. [and world] economy were not just felt in the stock market, as the labor force was greatly affected and as of 02/2022 (the time of this writing) still had not returned to pre-pandemic levels (which may be a permanent thing and we most likely need to review the current definition of “maximum employment”) due to many baby boomers retiring and many women being slower to return to the workforce due to additional childcare responsibilities at home. However, it does seem like the end of Q1-22 is providing early signals to “life after covid” — a reality where we have accepted it is here to stay but should not affect our lives at the same levels as the past couple years.

The fading away of the pandemic have brought new issues to light however, as we are currently dealing with the highest inflation levels in 40 years (see below) and an almost bloc-like geopolitical environment with rivals like Russia, China, and Iran hot on the heels of the United States. What will the future bring?? We will actually explore that for the next part our series (The Future of Finance)…so stay tuned! 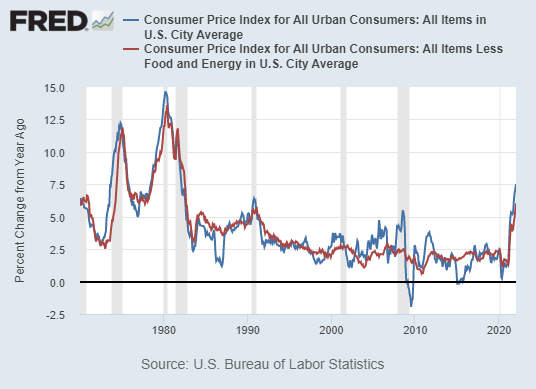